Preparations are nearing completion for the second edition of feed-to-food international business hub event VIV MEA, which takes place in Abu Dhabi, the capital of the United Arab Emirates, between 5th-7th February 2018. With expansion into an extra hall adding about 25% to its exhibition area and to the number of exhibitors, VIV MEA 2018 will offer an even wider range of products and services for animal protein providers from the Middle East and Africa to Iran and the countries of the Indian sub-continent.

The visitors’ registration system to sign up for VIV MEA 2018 is online on the show website www.vivmea.nland is available in English, Arabic, French and Farsi to better welcome all attendees. While the registration will be open until show time, the organisers recommend signing up early and so being sure to benefit fully from the services available in preparation for a successful visit. 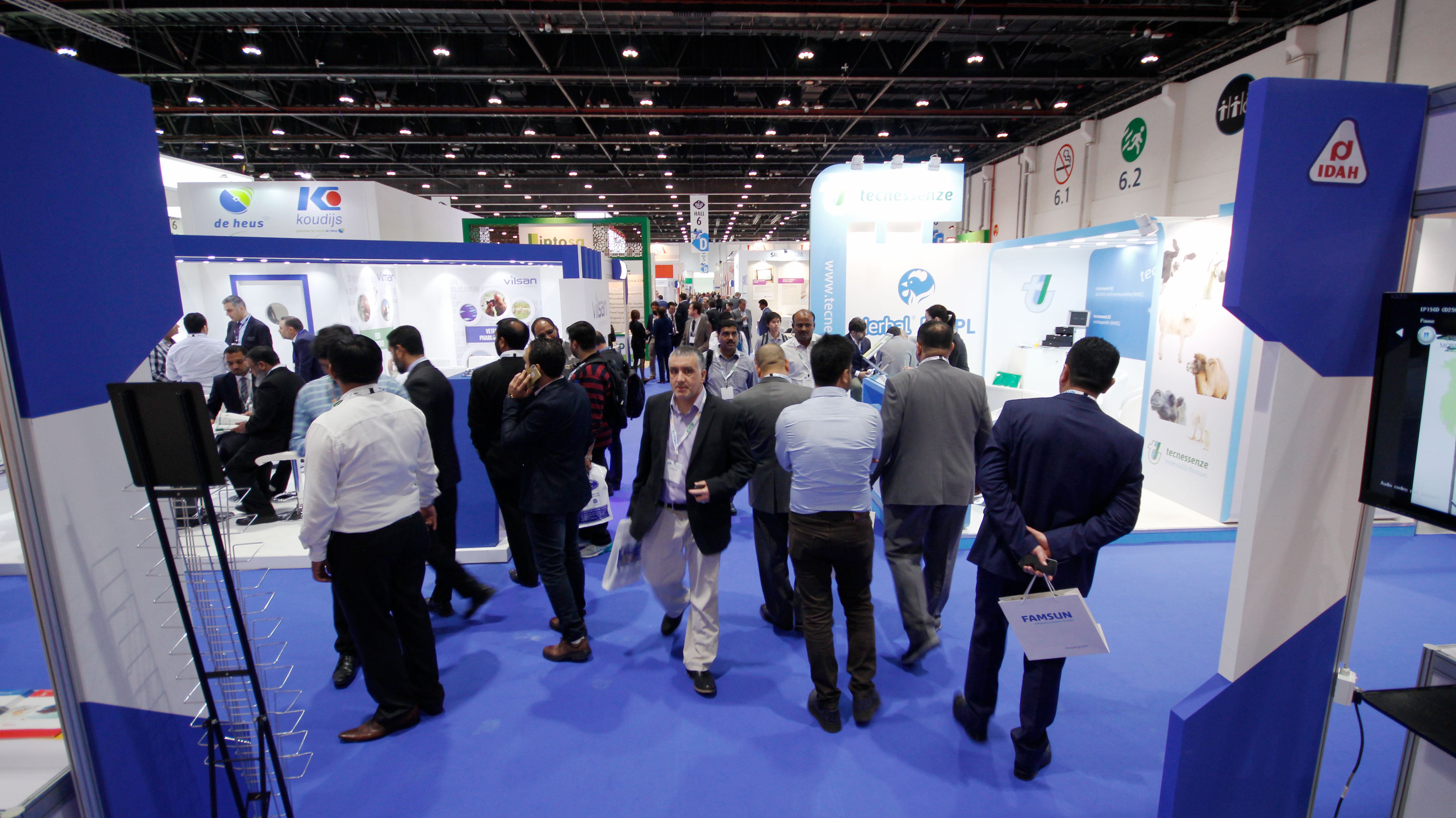 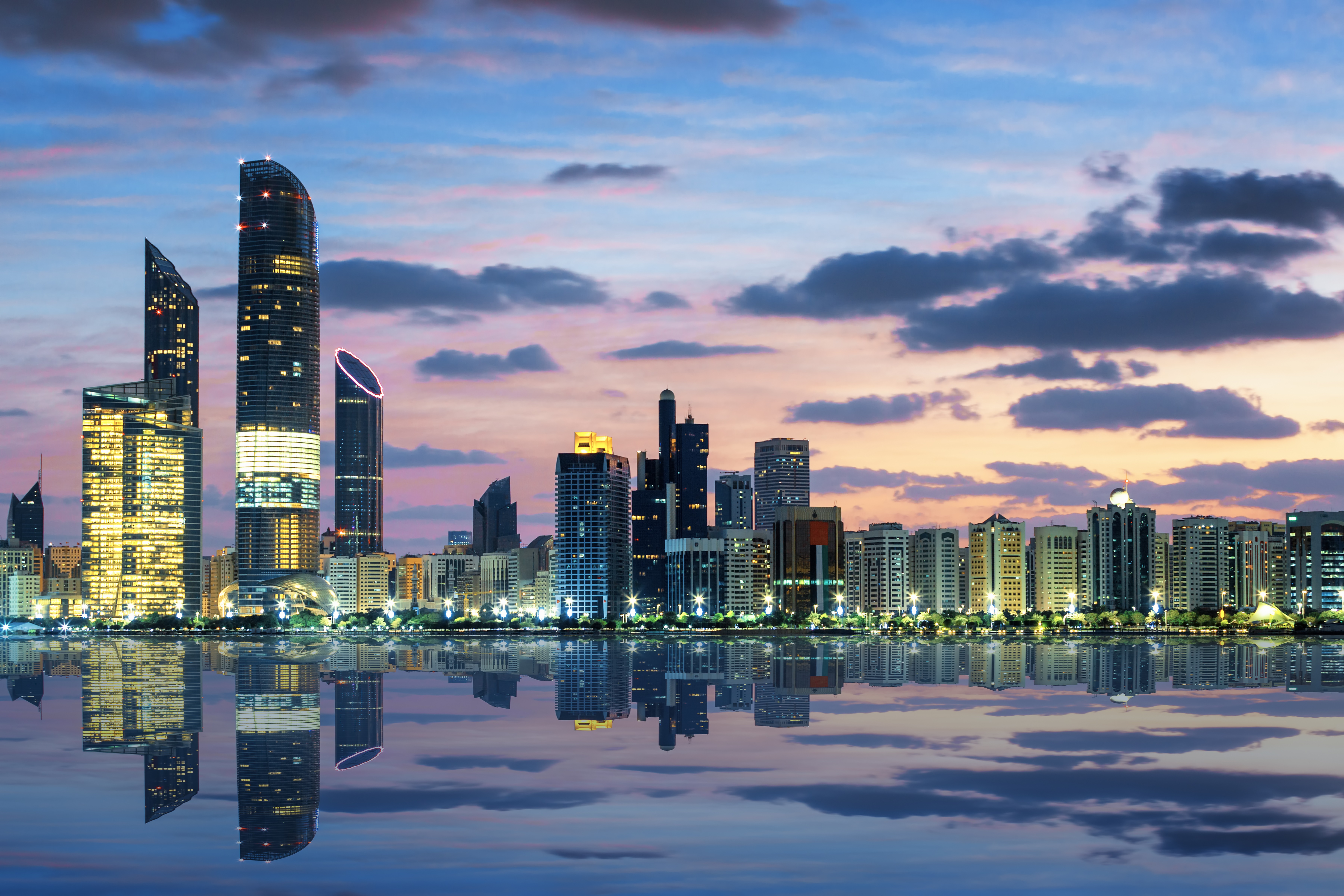 The build-up to the February 2018 show is taking place against a backdrop of new investment in supply channels for animal proteins within the region. Both international companies and local producers are investing to involve themselves more deeply amid strong forecasts for further regional growth.

In November 2017, for example, an Aviagen MEA event heard that there are encouraging prospects for the poultry industry in the Middle East and North Africa over the coming years. Nan-Dirk Mulder, Global Animal Protein Specialist at Rabobank International, told the meeting that the region’s market size continues to grow due to a fast-rising local population and increasedpoultry consumption. A growth rate averaging 3.4 per cent per year is forecast for Middle East/North Africa (MENA) poultry meat market tonnage between 2015 and 2020.

“Globally, the animal protein market is set to grow by 45 per cent in the next 20 years,” he says. “About 14 per cent of the global growth is expected to occur in the MENA area and another 6 per cent in sub-Saharan Africa.

“The big strategic challenge within MENA is how to supply the individual national markets. Some tend to choose for local supply, while the importing countries are increasingly focused on a food security strategy by establishing local support for production and stimulating global investments in potential supply regions for the Middle East. There have been several investments already recently — especially in beef, but also some in poultry.”

Morocco to be Country of Honour

VIV MEA 2018 offers an outstanding professional platform and a series of activities aiming at connecting the regional industry players with international providers. “Taken together, the trade show with its more than 300 exhibiting companies and the conferences with their international perspective look sure to add up to a highly valuable information resource for industry leaders from our target areas,” says VIV MEA show manager Renate Wiendels. “We are looking forward to welcoming visitors from many countries. Already we know that there will be officially organised delegations from Saudi Arabia, India, Indonesia, Morocco and Iran.”

“It recognises the position thatMorocco occupies as a link between Europe, the Mediterranean world and also sub-Saharan Africa, where Moroccan poultry professionals are already integrated in Mauritania, Mali and Senegal,” RenateWiendels explains.“Taking this into account, we had no hesitation in choosing Morocco and its already well organised poultry industry to be the Country of Honour at VIV MEA 2018 and symbolise the regional spectrum covered by the show.

“Individuals attending from Morocco will therefore not only receive a special welcome but also enjoy full priority status during their visit. It will be the show’s way of reaching out to the Moroccan industries as they enter the next stage of their market development, while encouraging a strong participation at VIV MEA by the country’s leaders in animal proteins and further enhancing Africa’s connection with our regional hub event.”

Delegations from India and Iran

VIV MEA is also currently engaged in promoting the show to India’s leading businesses in poultry, dairy and aquaculture. Already fifth-largest in 2016 for the number of visitors coming from outside the show host country UAE, India is generally placed among the world’s top locations in terms of its growth potential for animal protein production and processing. Promotional activities on behalf of VIV MEA 2018 have included taking the show’s message to the 300 delegates at the 34thAnnual Indian Poultry Science Association Conference in Bangalore in November 2017, which led to the identifying of a delegation of 80 top professionals for a special high-end programme to visit the show at the same time as many other industry professionals from India who will surely join the event in Abu Dhabi.

Another potent source of delegations at showtime will be Iran. Agribusiness is at the root of a structural shift that has taken place in Iran over the past five years, say VIV MEA’s Iranian promoters, with meats at the forefront of the change. Groups of directors, managers and technical specialists are planning to attend the show in order to explore business opportunities and meet both global and regional players in markets for poultry and livestock. Delegates are expected from the country’s feed industry association, its unions of broiler growers and of egg producers, its association representing slaughterhouses and processing plants, as well as representatives of ostrich production and of veterinary pharmaceutical manufacturing and importation.

Next February, the VIV MEA will once again be occupying the ADNECNational Exhibition centrein Abu Dhabi. There is also a repeat of the first edition in the fact that it will be co-located at ADNEC with a world event which works with organisations including the United Nations and the World Bank in offering a showcase for innovative and sustainable technologies relating to food production. Known as the Global Forum for Innovations in Agriculture or GFIA, in 2018 this returns to Abu Dhabi for the fifth time.Registered visitors to VIV MEA can use their pass to enter free of charge into the GFIA show, a free movement between the two events that proved a popular feature in 2016.

This website uses cookies to improve your experience while you navigate through the website. Out of these cookies, the cookies that are categorized as necessary are stored on your browser as they are essential for the working of basic functionalities of the website. We also use third-party cookies that help us analyze and understand how you use this website. These cookies will be stored in your browser only with your consent. You also have the option to opt-out of these cookies. But opting out of some of these cookies may have an effect on your browsing experience.
Necessary Always Enabled
Necessary cookies are absolutely essential for the website to function properly. This category only includes cookies that ensures basic functionalities and security features of the website. These cookies do not store any personal information.
Non-necessary
Any cookies that may not be particularly necessary for the website to function and is used specifically to collect user personal data via analytics, ads, other embedded contents are termed as non-necessary cookies. It is mandatory to procure user consent prior to running these cookies on your website.
SAVE & ACCEPT